To what seems like a battlefield in the comedy industry, Mark Ziligone known as Bishop Rev. Nkongolo says his team is not part of the Expandables Comedy Show that has continued to rob people money.

But from turn of events, Organizer cosmas Ng’andwe aka Logic has come under fire for trying to decieve people to buy tickets that are costing K200 ordinary and 350 VIP respectively.

Bishop Rev. Nkongolo issued a statement disowning the show charging that he and his team are not part and parcel of it hence advised organizers to be straight in their dealings and tell fans the truth.

He said it was wrong for organizers of the show to sell tickets using people’s comedy when they know that there was no agreement whatsoever for them to perform at such an event.

Last month, Logic was criticized by many Zambians that he has dry comedy that most people won’t waste their money on. Many opted for Bishop Rev. Nkongolo who pulls and stunt of a deliverance comedy.

However Mr. Cosmas Ng’andwe has apologized for including Bishop Rev. Nkongolo on his comedy show that will take place at Government Complex.

There has been huge debate by Zambians that most comedians have dry jokes and would not waste their money watching them because they lack creativity. 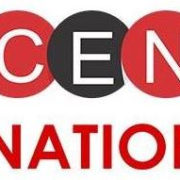 YO MAPS, KIDIST SET DATE FOR THEIR WEDDING.